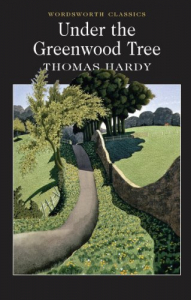 Under the Grenwood Tree Thomas Hardy
0 1 0

Under the Grenwood Tree - Copie

«To dwellers in a wood almost every species of tree has its voice as well as its feature. At the passing of the breeze the fir-trees sob and moan no less distinctly than they rock; the holly whistles as it battles with itself; the ash hisses amid its quiverings; the beech rustles while its flat boughs rise and fall. And winter, which modifies the note of such trees as shed their leaves, does not destroy its individuality.»